In June, a friend who works at a local mill got me some basswood bark. It took several weeks, but I have most of it processed now and it is beautiful. 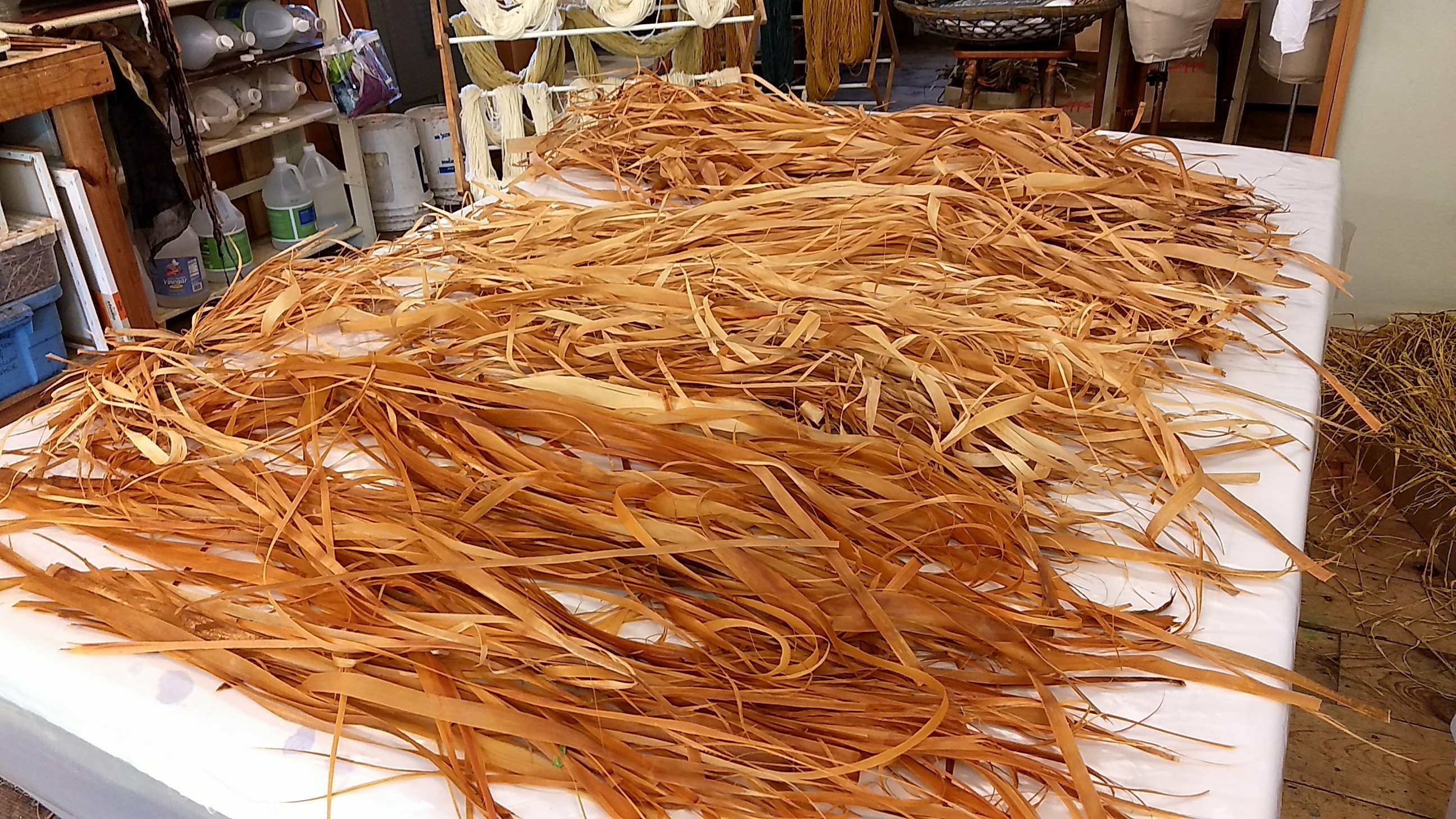 I wasn’t entirely sure how this would work out. David’s wife got the bark to my husband while I was out of town at the Willow Gathering in Decorah. That was mid-June. I don’t know when the tree was cut, or how long it had been sitting around before it got to my place. And I had never before processed any basswood from such mature trees.

But I wanted to see if I could get fiber from bark slabs that would otherwise go in the chipper.

So Bill got the slabs into the tank to start retting before I got home.

“Retting” is a process in which bast fibers are separated by using moisture and microorganisms to dissolve the non-fiber parts. Traditionally, an entire log might be staked out for the summer in a stream or pond to ret. Since I can’t do that, I put bark slabs in the old bathtub we took out when we remodeled our old farmhouse in the mid-1990s.

Bill put the bark slabs in the tub, weighted them with patio blocks and added water. After about 10 days of unseasonable heat, the tank was getting pretty stinky. That biological action is a good thing as far as retting goes, but not so great when the tank is right by the porch and you have a houseful of company. So once our company left, I pulled the bark out and moved the tub — close enough for the hose to reach but far enough to not smell it from the house.

The next few weeks it was just a matter of keeping the tank full and occasionally flooding it to keep mosquito larvae from over taking the tank. The birds helped by snacking on the larvae. 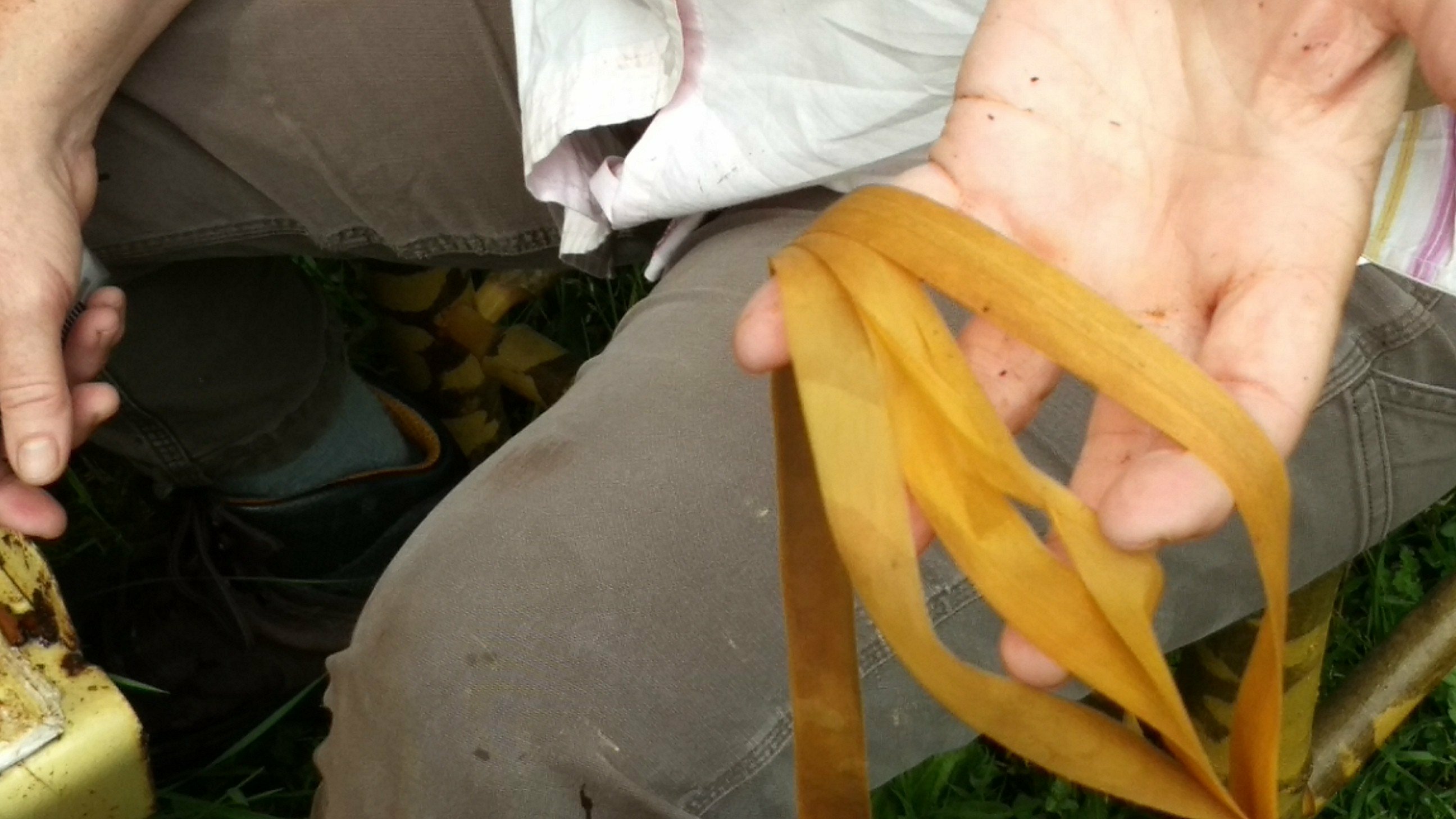 In the past, I removed the corky outer bark partway through the process to speed things up. I couldn’t do that this year. But by the time I drained the tank to start processing bark, most of it slipped beautifully into separate growth layers. 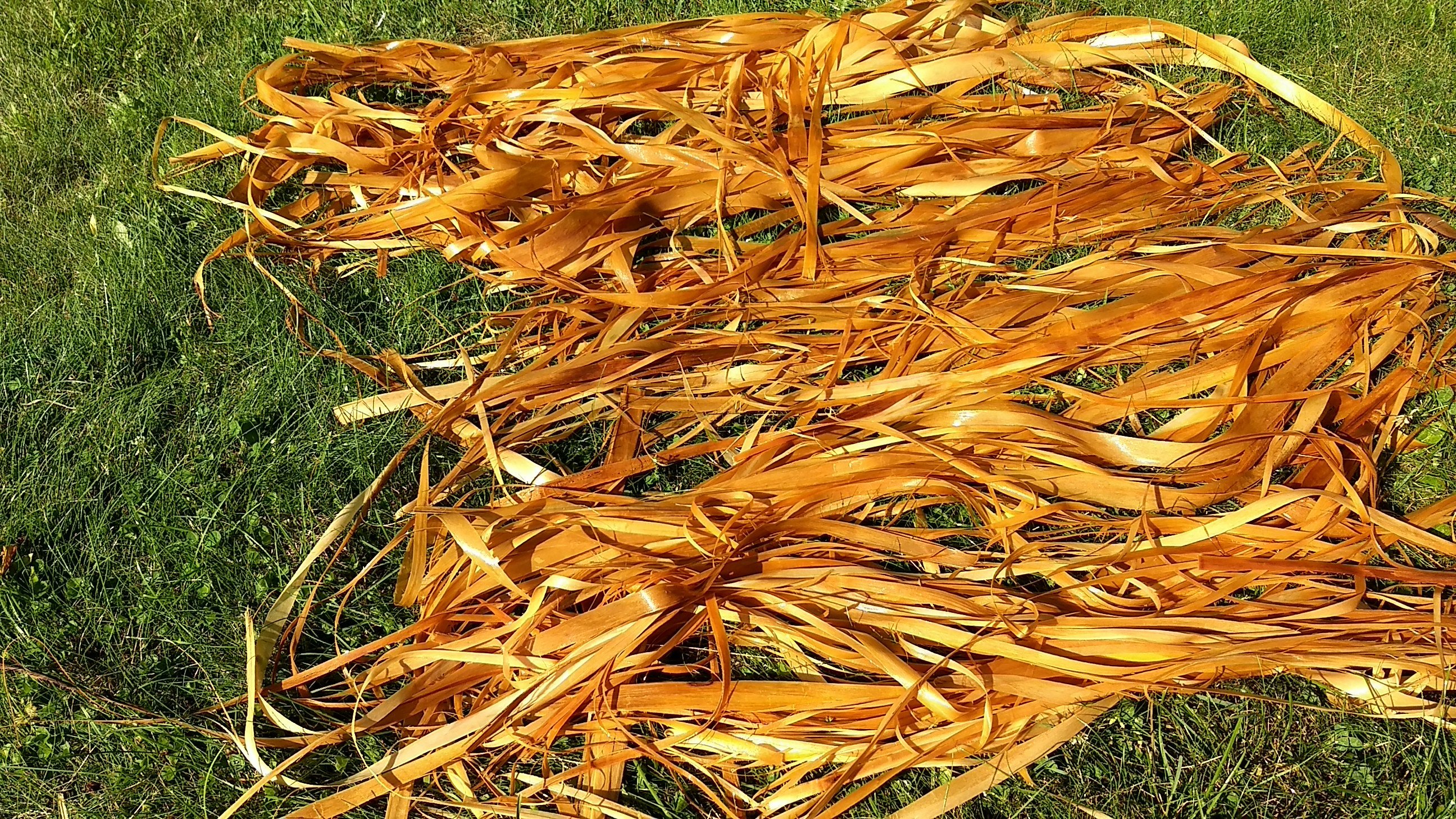 That bark got rinsed in fresh water and laid out in the sun on green grass to sweeten. The rest went into a bucket to finish retting.

This bark will mostly go into cordage for looping. But some will become a tug-o-war rope. David’s wife teaches 4-year-old kindergarten, and I want her kids to have something fun made with fiber from a local resource.