What generally drives you — process or product? I tend to fall strongly in the process camp. Tweak this, vary that, see what happens: That never gets old for me. But sometimes at the end of the day you crave tangible evidence that you got something done. So here it is: a lecture, a class outline, and an experiment working Broden stitch nalbinding from a rosette start, trying to push it from round to lozenge-shaped, then cutting the spiral (yes, one row was lost but the rest held). 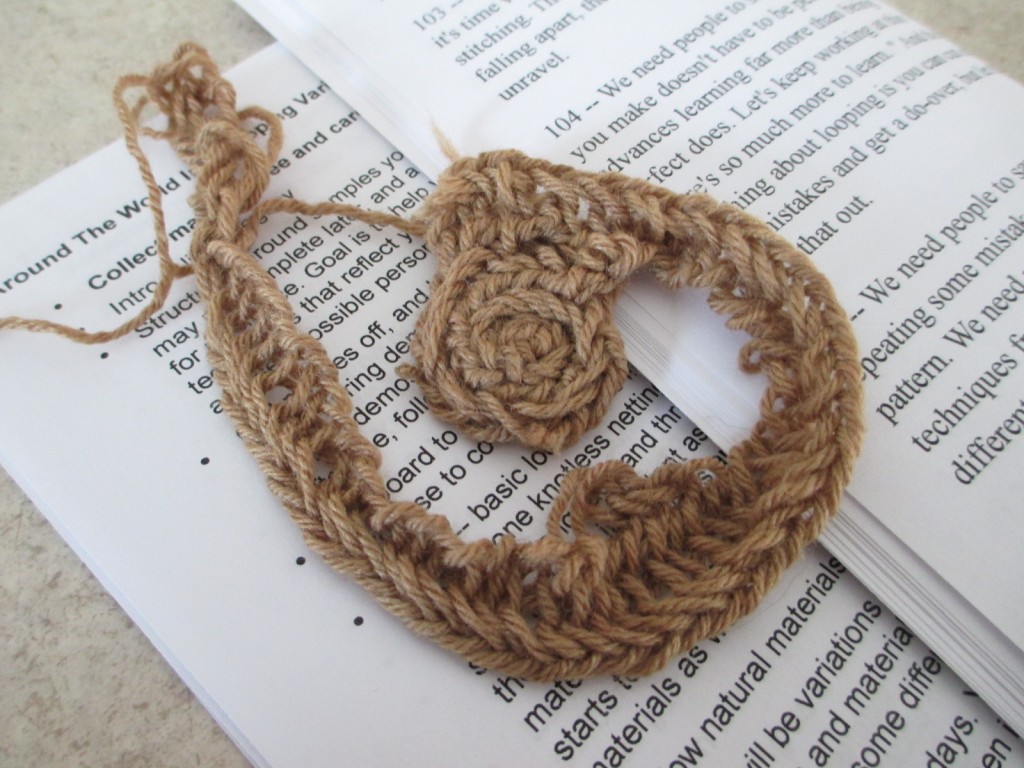 I tend to work things out by making them. The same is true for my writing: I write to figure out what it is I have to say. This winter, with my dye studio on hiatus, I’ve been alternating my time between looping experiments and writing projects for the Daily Yonder, a blog from the Center for Rural Strategies. They just published one of the hardest things I’ve ever written — an article about surviving a crash caused by a drunk driver. The crash was 18 years ago, and it’s taken me a long time to work out what I was supposed to learn from it.

Writing is so much like looping, for me. Everything is connected, but sometimes it’s not easy to see how. And cutting things up? That’s an old trick from back when I was a magazine editor writing articles on a typewriter (google it): I would draft a piece, then cut it apart and rearrange elements to get the flow right. If you’ve spent much time composing at a typewriter (then retyping and making endless corrections), cutting up looping doesn’t seem like such a crazy waste of effort.

If you want a break from whatever you’re doing and would like to know more about life in rural northern Wisconsin, this link will take you my other articles for the Daily Yonder. And here’s a bonus picture you won’t see in the article, Here’s What 65 Looks Like Around Here. 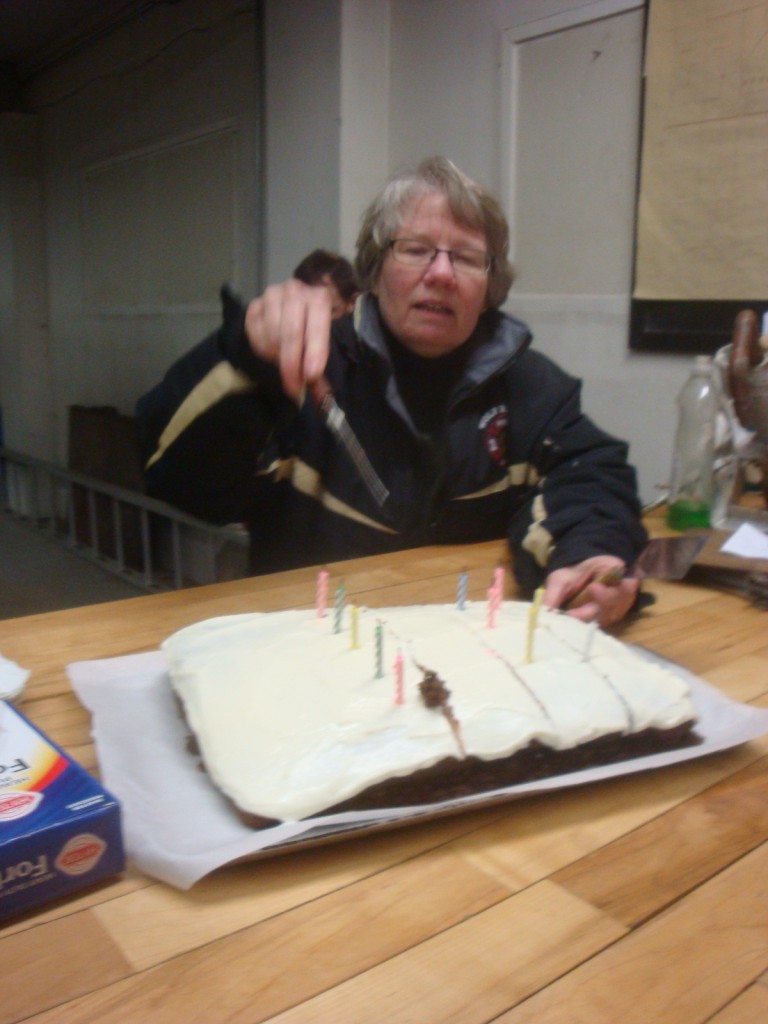 Last night was the fire department training I wrote about in that piece. And this is the birthday cake I made. As a former 4-Her I should have been ashamed to take anywhere. And I certainly shouldn’t share pictures of it, but my friend Jonita got hold of my camera…

Black Forest cake (chocolate layer cake with cherry filling and cream cheese frosting) is one of Bill’s favorites. I thought it would be easier to serve a sheet cake than a layer cake in our cramped firehouse. Want to guess how long it’s been since I cut a sheet cake into layers to add a filling? Want to guess how lopsided it was? I filled it and frosted it and took it anyway. Nobody cared that it was wonky because it was a celebration, not a cake competition.

It’s been a long time since I wrote about the bag of “Chips” that helps remind me of past looping experiments. I think it’s time for me to start a new bag.

3 thoughts on “Process Or Product?”