There’s another willow experiment in the works at my place this spring. It’s called pitting, though I suspect most willow producers would call my jerry-rigged system optimistic. 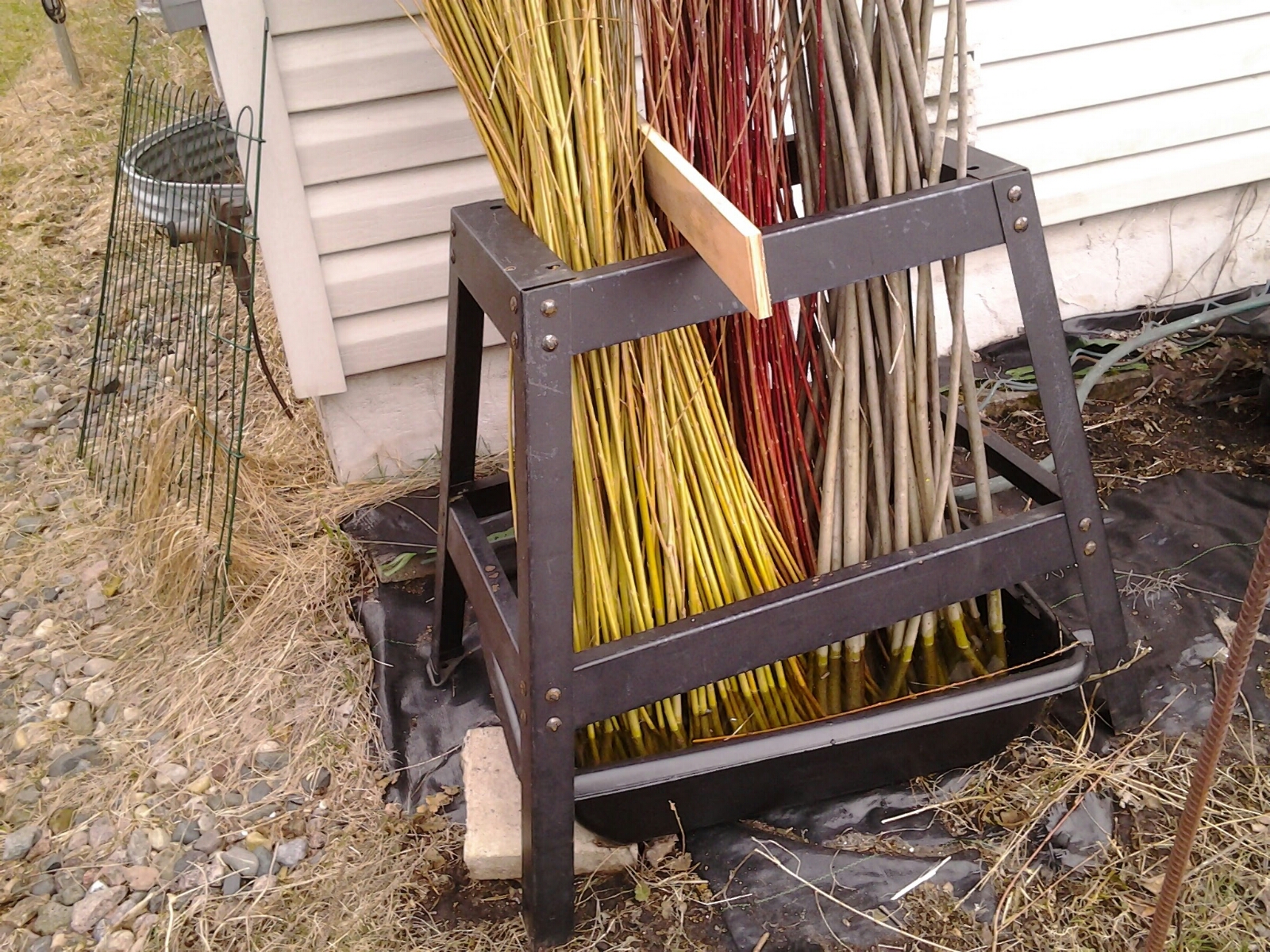 I have freshly cut willow standing in a plastic tub filled with water. To keep it from falling over, I commandeered a heavy belt sander stand that wasn’t being used in Bill’s shop. It worked: We had an extra-blustery March day last week, and the tallest willow shifted but did not tip over.

These will stand in water until the buds break,  the rods send out root shoots, and the bark slips very easily. Then I will use a tool called a willow brake to peel the rods. There’s a great post on Lois Walpole’s blog about this process. 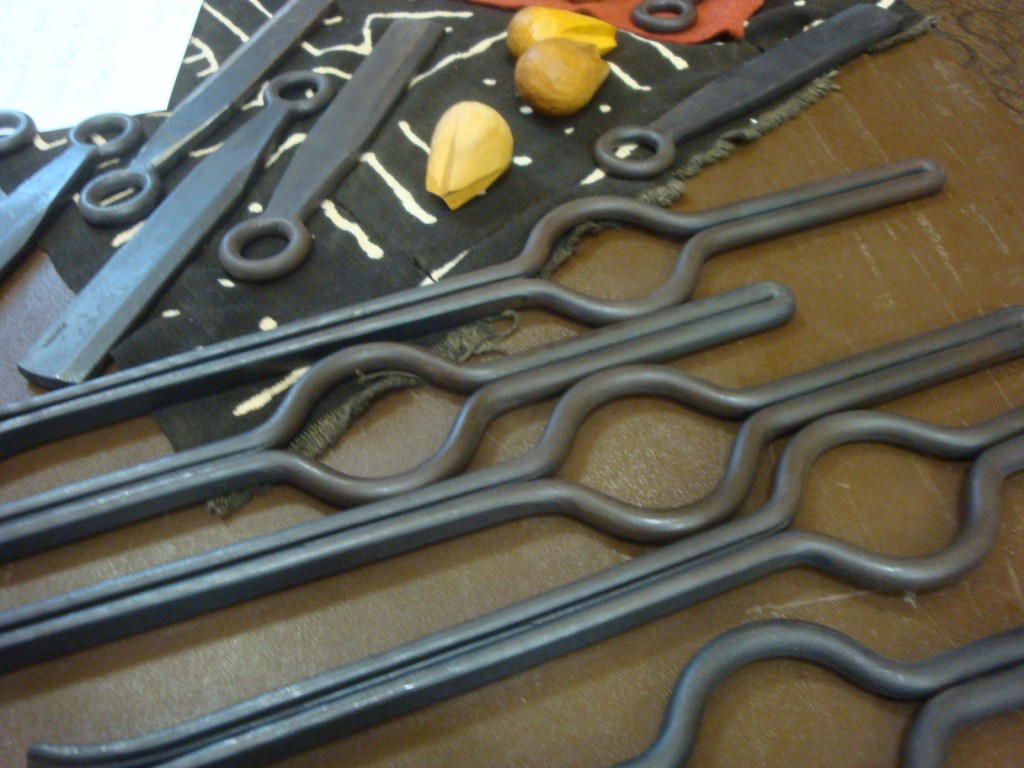 Normally, I peel willow according to Mother Nature’s schedule — when the bark slips easily without pitting. That’s what I’ll do with most of what I want to peel this year, which is still standing and ready to be cut as soon as I have time to peel it right away. We’re expecting 6 to 12 inches of spring snow tomorrow, so it won’t be this week.

When I peel willow, it’s often more for the bark than for the rods. I use the bark for natural dye and basketry projects. The peeled willow rods go into Bill’s rustic furniture projects, get burned into willow charcoal, or I cut them up to make molds for looping students. But once this willow is peeled, I plan to season it so I can split it for skeining. More on that later.