The more I learn, the more I want to know. So here is my latest willow bark natural dye experiment. 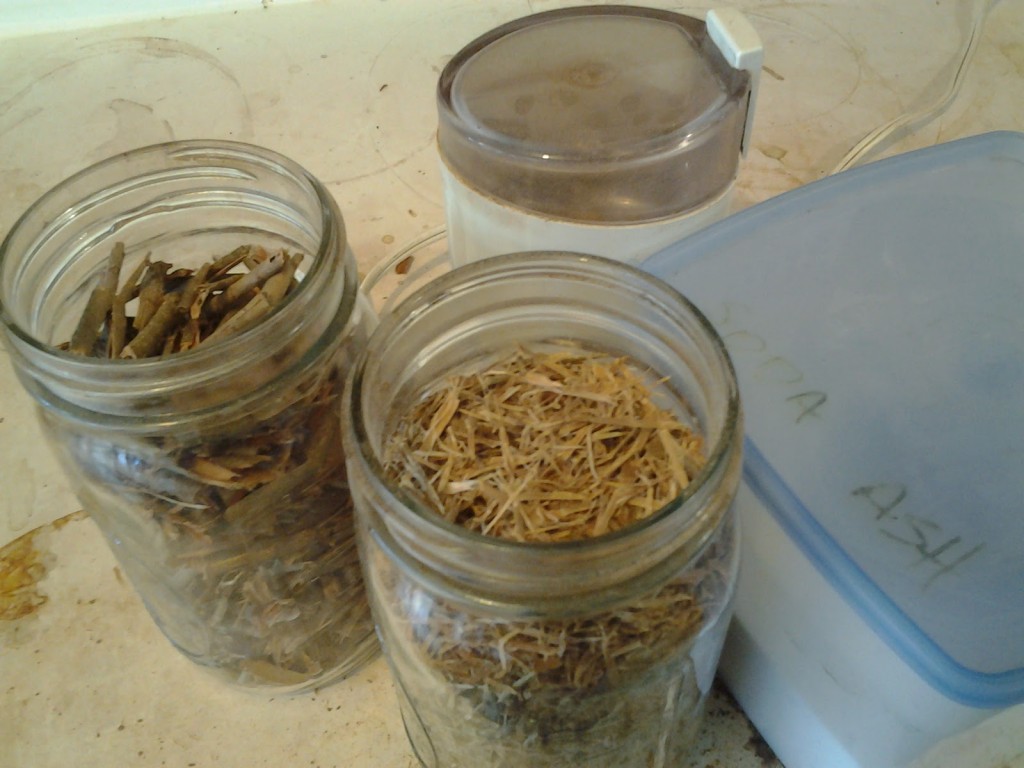 Last year I wrote about the alkaline extraction method I’ve been using. This year, I want to see how shredding the bark changes the results I get. 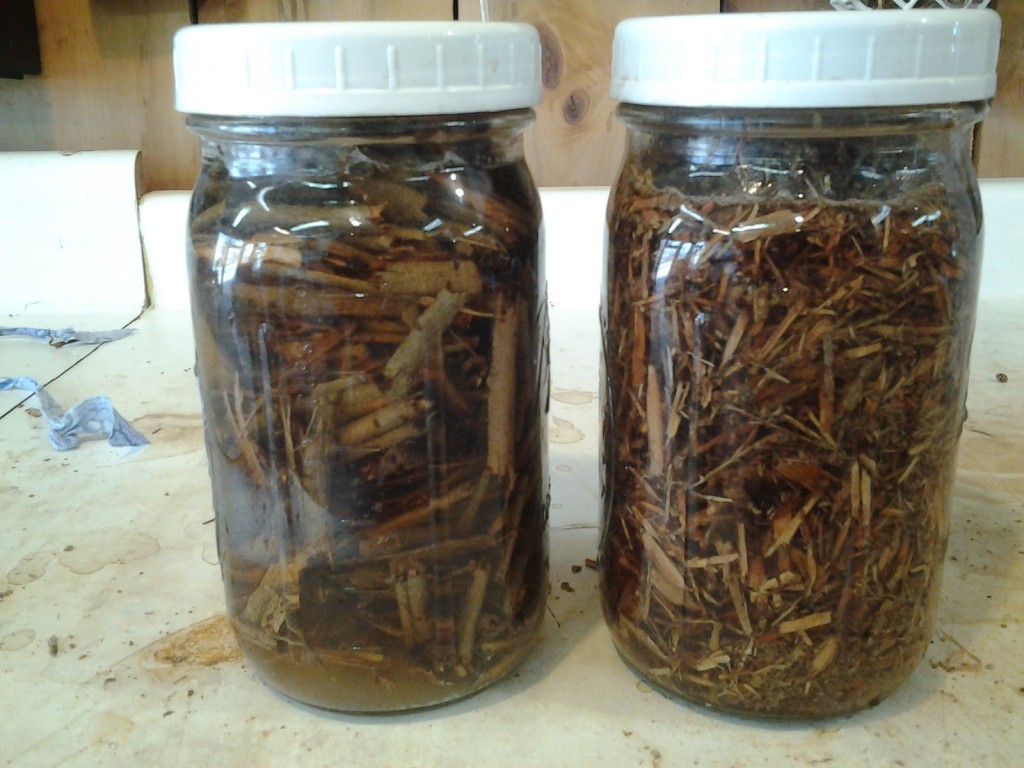 So this afternoon I started two jars. The jar on the left is filled with bark broken by hand the way I’ve been doing it. For the jar on the right, I took the added step of shredding the bark in the coffee grinder.

I didn’t weigh the bark to put equal amounts in each jar, just filled each jar from the same bundle of dried bark. There’s definitely more bark in the shredded jar. Both jars got one tablespoon of soda ash, then I filled them with water.  I’ll give them a week or two to steep before I sample the dye.

I expect that the greater surface area of the shredded bark will yield more color more quickly. But I also suspect that the chunky bark might give me a jar that stays in use longer (I top off the jar with water and a bit more soda ash after taking out some dye).

It’s great to have my studio open and dye experiments in progress again after a long winter. I shut down the building last fall because it’s so costly to heat. Which means all jars of liquids had to be dumped or carried into the house last fall so they wouldn’t freeze and crack. And I’ve been gone so much on family business that I never got any new jars started over the winter. 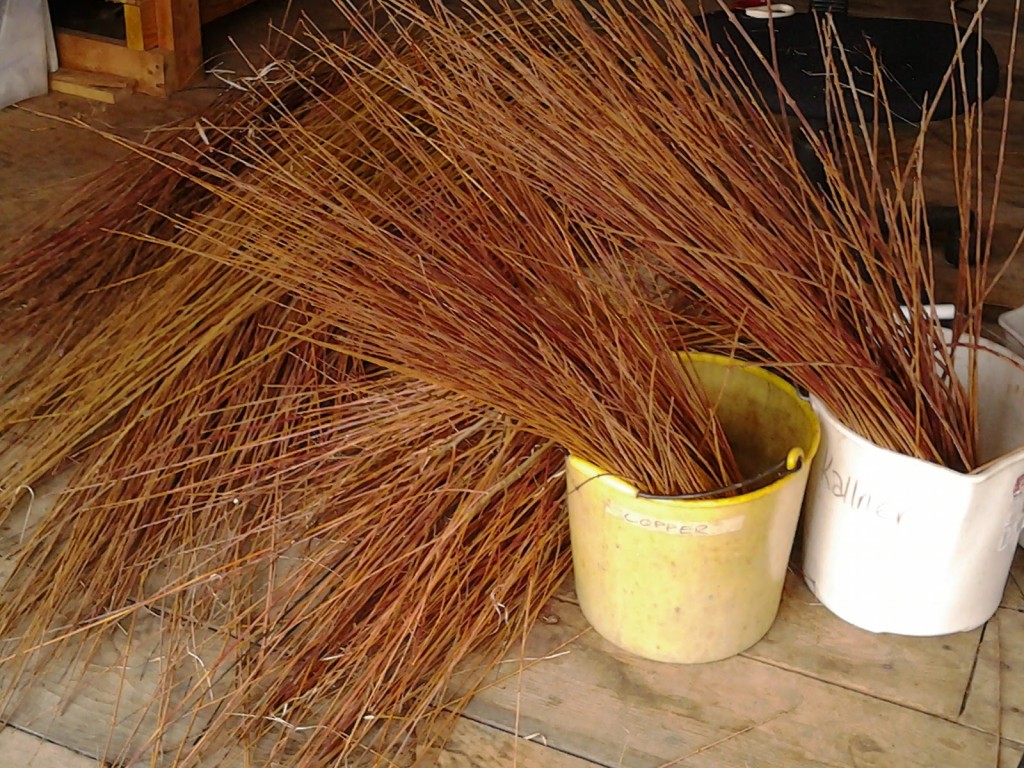 I’ll give the jars I just started a shake every day, or more often if I need to get up a stretch. I started cutting willow last Saturday. This week I’ve been sorting the harvest and plotting experiments for the months ahead.

This may even be the year I do an indigo Sig vat!