After my week in Decorah, Iowa at the Willow Gathering in June, I’ve been plotting some new dye experiment for later in the year. 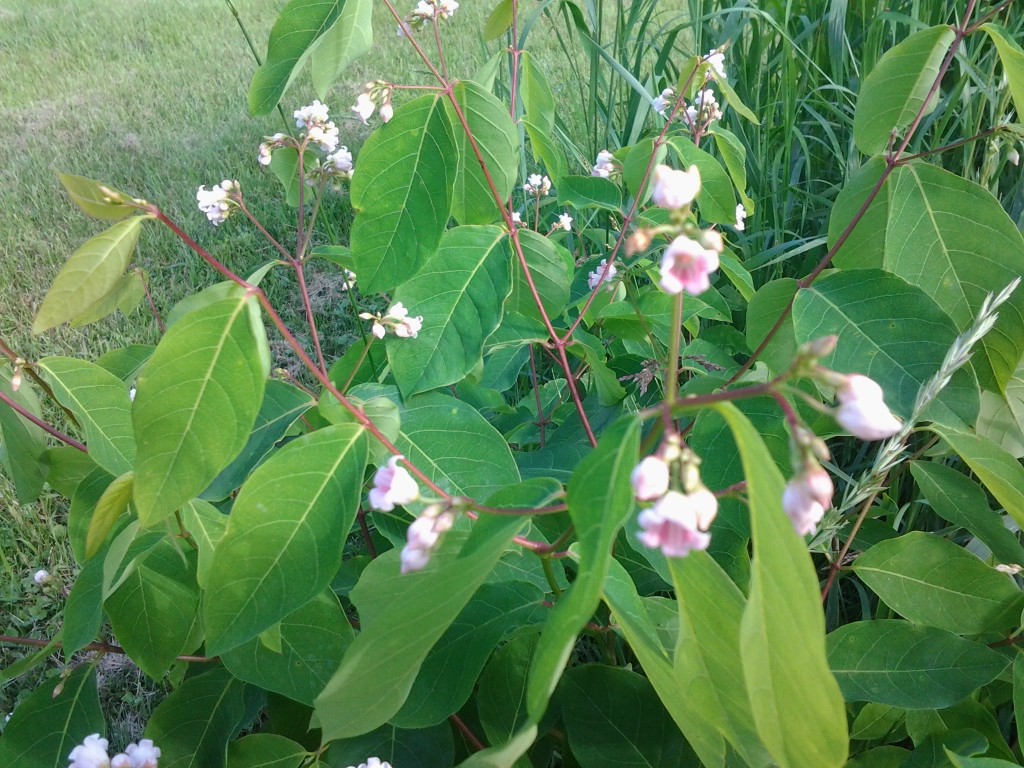 One evening, my friends Peggie Wilcox and Carol Madison gathered some of last year’s dogbane near Luther College. They were boiling it to see if they could encourage the fiber to let go of the outer bark. And the liquid was a beautiful deep red.

The spreading dogbane in my back yard showed up for the first time about 20 years ago after we had a load of firewood delivered. I’ve harvested it for fiber, although it doesn’t produce as much as the dogbane friends gather in other parts of the country. But it sure looks promising as dye. On Facebook, Dawn Walden shared that not even bleach will remove this dye, and that it’s very resistant to fading. She gathers it after frost when the stems turn red then strips it for fiber and cooks the bark after that. 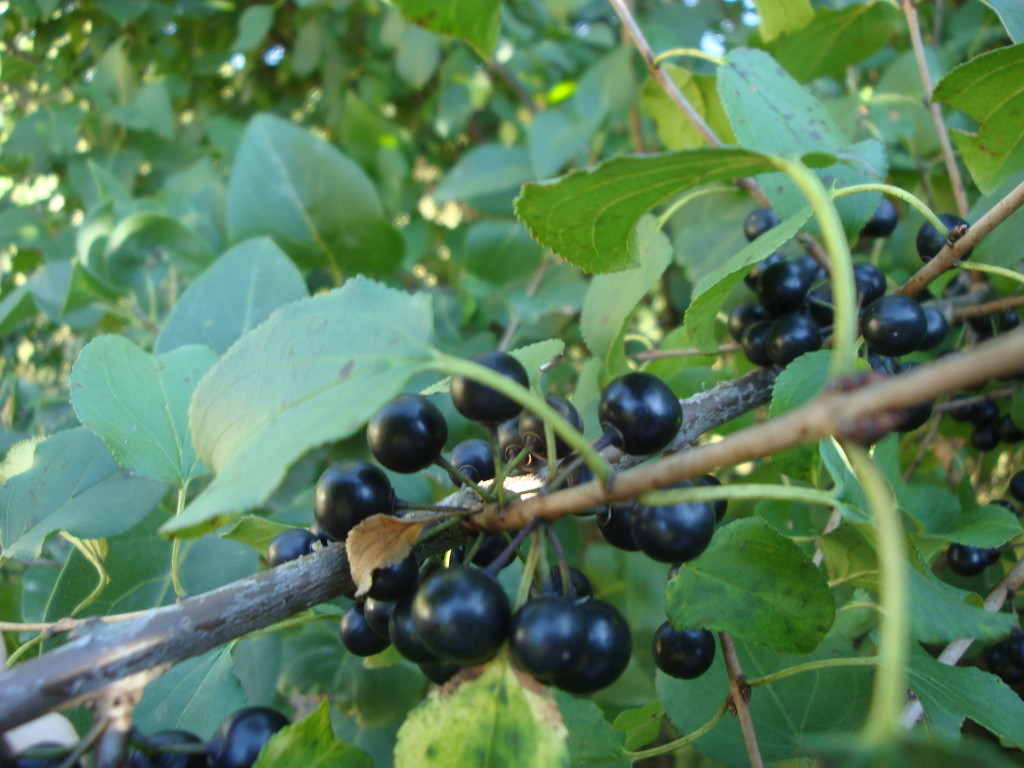 I’m still trying to decide if I have the nerve to try buckthorn as a natural dyestuff. This invasive species is a huge problem in our area. I could rip out every bit on our place, but there’s so much in the fence row behind us that it wouldn’t take long for the birds to redeposit the seed. When/if I do get around to putting the berries in a dyepot, I figure I would have to treat the stuff like hazardous waste. I sure couldn’t dump it in our compost pile like most of my spent dyestuff. I had planned to peel bark and dye with that after ripping out the plant that’s taking over a large lilac by the house, but may have lost the window of opportunity for easy peeling. 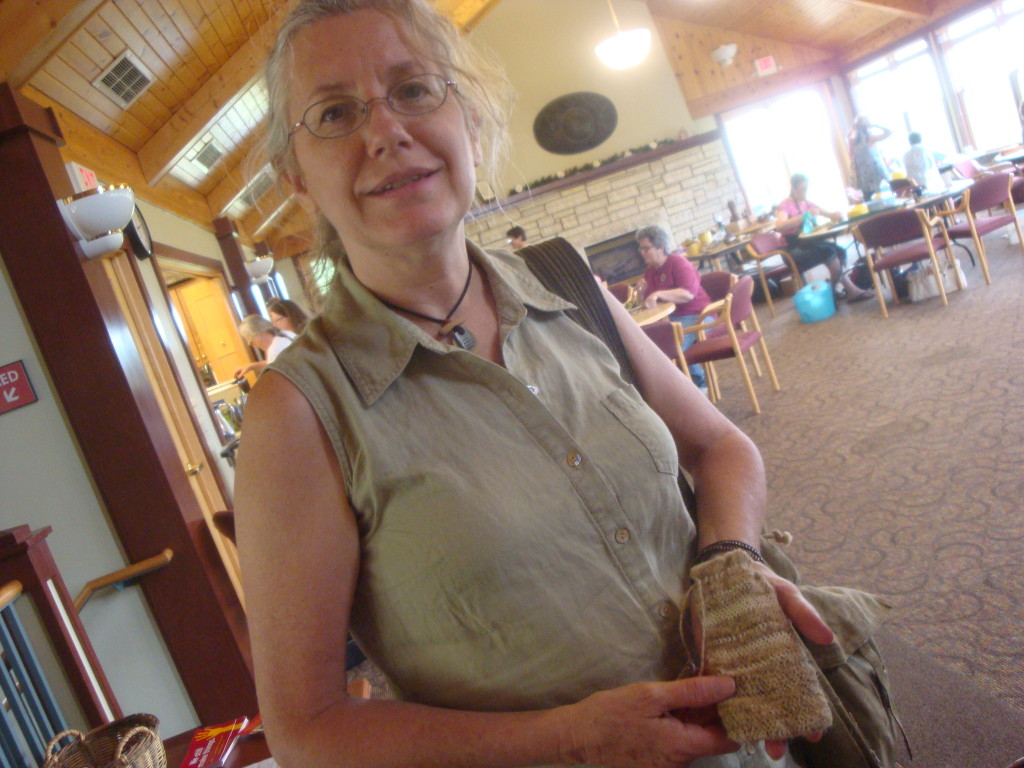 We have plenty of invasive species in rural northern Wisconsin. Luckily, kudzu isn’t one of them. But while I was in Decorah, Peggie showed me some looping she had done with kudzu fiber she harvested. Peggie took an online looping class with me, and put her own beautiful spin on the technique. 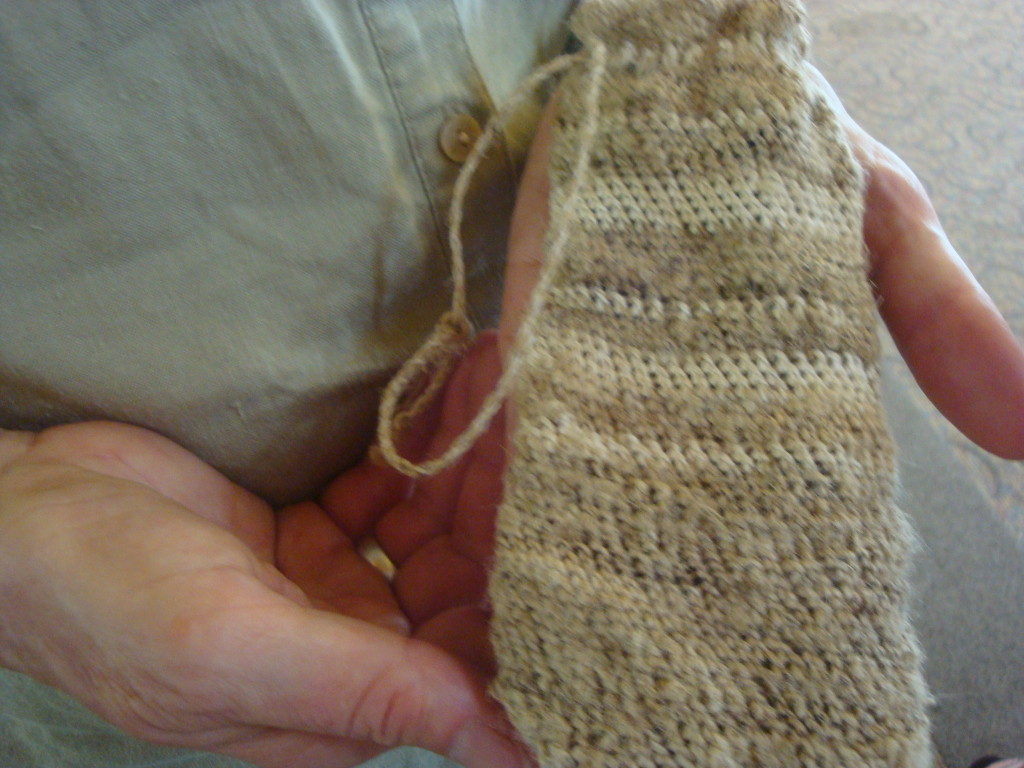 As you may know, Peggie is an amazing basketmaker who works with natural materials she gathers — one of which is bulrush. I can totally understand why medieval people spread rushes on the floors of castles. The fragrance of dried rushes is one of my favorite scents. I’ve been meaning to do some natural dye experiments with bulrush. 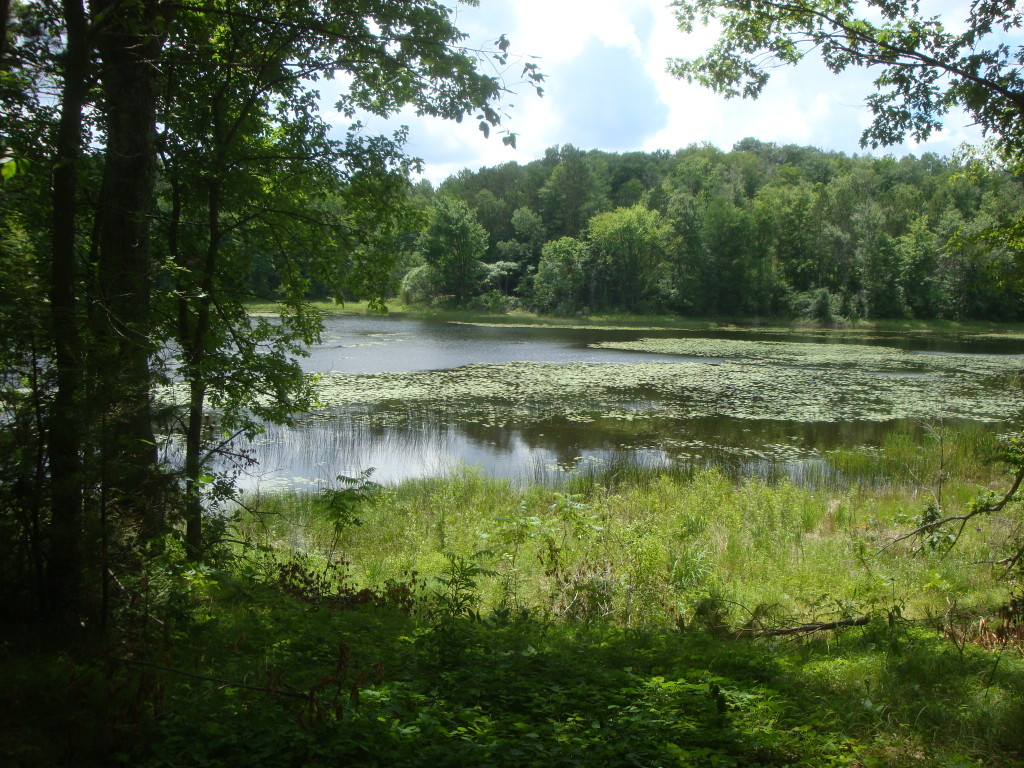 After seeing Peggie in Iowa, I got to wondering about a spot near where I live. It’s a bit off the beaten path, and I can’t remember the last time we were there. In the late 1990s and early 2000s, I harvested bulrush there twice — responsibly, I assure you. There’s almost none there, now. I suspect the water was so low for so low in the lake during our drought years that the bulrush here declined then. It may be several years before I even think of cutting a small amount here again. In the meantime, we should go back more often to check on it just because it’s such a pretty spot. 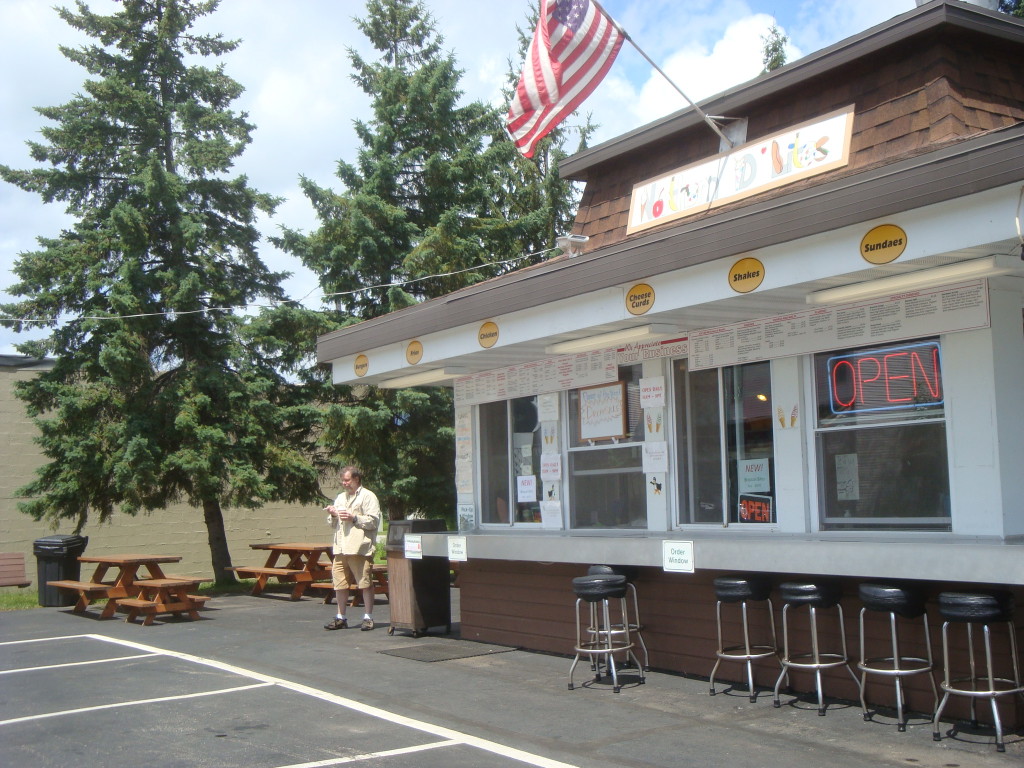 And it’s on the long way home from the ice cream stand.