I’m not as good as I should be about showing all the day-to-day missteps and recoveries in my work. Now that I’m on Instagram, I promise to try to do a better job, even when it looks like a bad version of the Chicken Dance. Because I’m not trying to hide anything. It’s just that I get wrapped up in figuring out how to get out of whatever corner I’ve painted myself into. 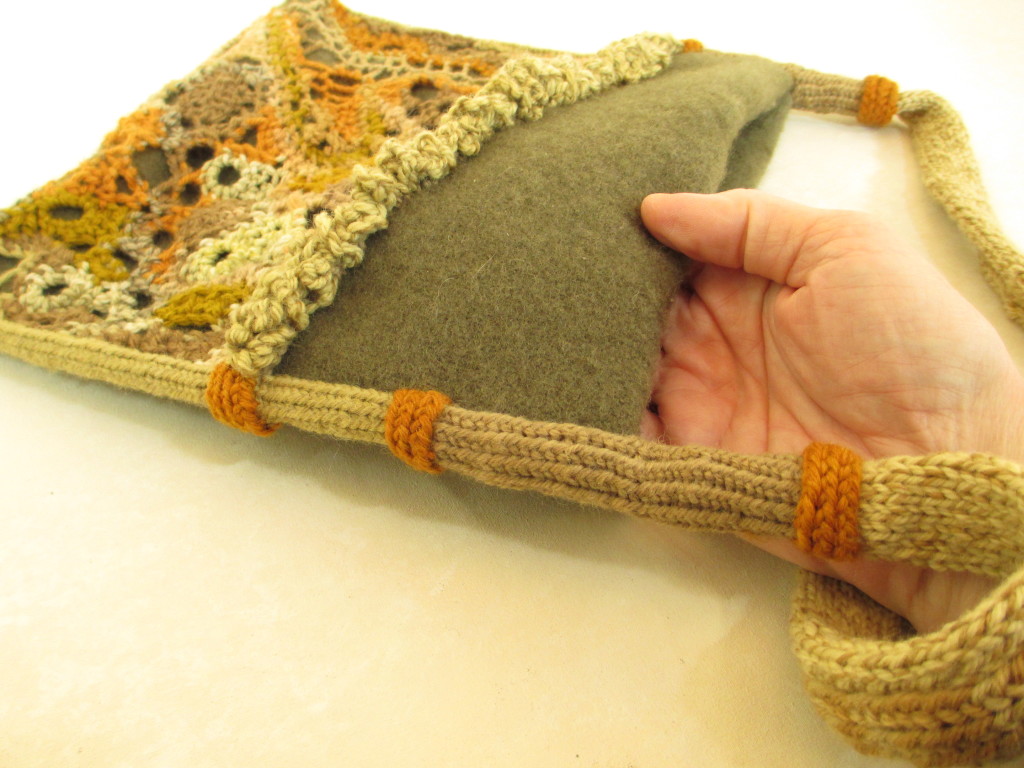 That’s what happened last winter when I made this bag as a demonstration project for the Freeform Looping eCourse. I used cross-knit looping as an edging to cover the side seams in this bag. Since the strap wasn’t part of the lesson, I decided to see if I could transition from cross-knit looping to knit I-cord — while watching a DVD. It should come as no surprise that the strap started out too narrow, so I increased to the point where, well, let’s just say it was ugly. But the movie was good, so I kept going and figured out I could fix it or frog it. 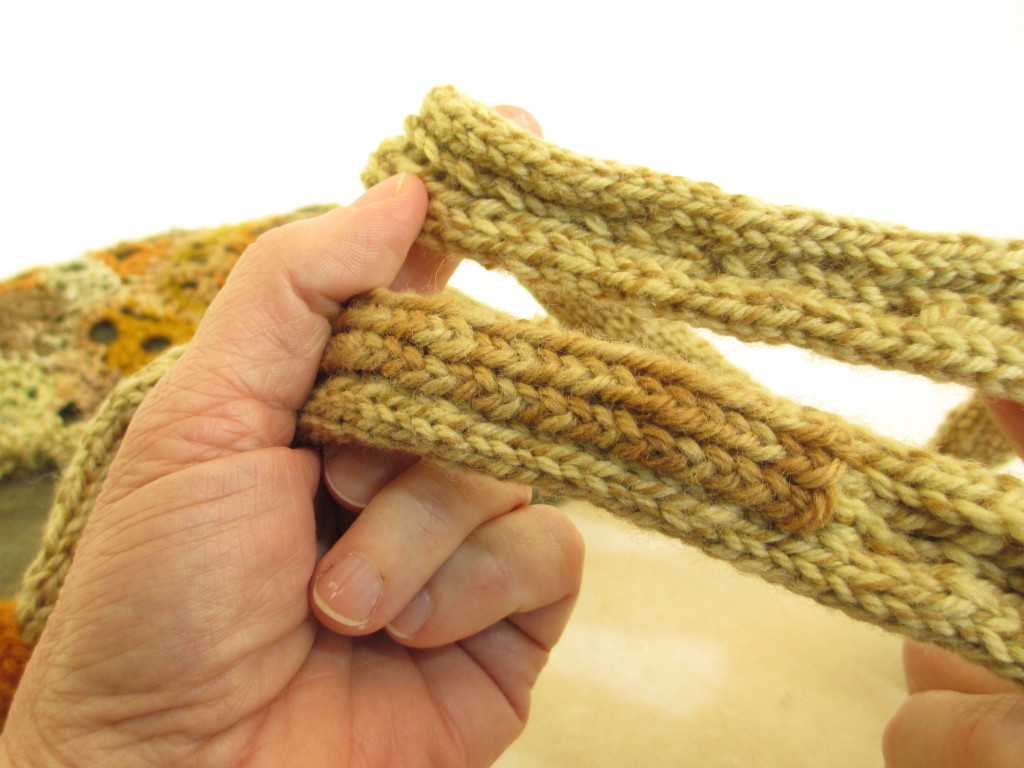 I decided to fix it. I worked cross-knit over the ugly part of the I-cord where you start a new row after sliding the last row to the other end of the double point needles. That took a couple of episodes of Mad Men on DVD. Then I added some cross-knit looping that covered the joints between the original cross-knit edging and the I-cord. My guiding philosophy is, If you can’t fix it (or choose not to), feature it.

I finally remembered to show this because I’ve been listening to Mark Frauenfelder’s book Made By Hand: Searching For Meaning In A Throwaway World. He makes a great case for the value of mistakes in learning, whether it’s raising backyard chickens or making cigar box guitars or finding a way to meet your child’s learning style needs.

It reminded me of this great article from years ago by Malcolm Gladwell on Physical Genius.

Yo-Yo Ma says that only once, early in his career, did he try for a technically perfect performance. “I was seventeen,” he told me. “I spent a year working on it. I was playing a Brahms sonata at the 92nd Street Y. I remember working really hard at it, and in the middle of the performance I thought, I’m bored. It would have been nothing for me to get up from the stage and walk away. That’s when I decided I would always opt for expression over perfection.” It isn’t that Ma doesn’t achieve perfection; it’s that he finds striving for perfection to be banal. He says that he sometimes welcomes it when he breaks a string, because that is precisely the kind of thing (like illness or an injury to a teammate) that you cannot prepare for—that you haven’t chunked and, like some robot, stored neatly in long-term memory. The most successful performers improvise.

Doesn’t that want to make you want to cue up some Yo Yo Ma (Appalachia Waltz would be my choice) and paint yourself into a corner so you can chicken dance your way out?