OK, show of hands: Who else finds that when you’re busiest, more always ends up on your plate? Thought so.  And it’s all good, even when you know it’s a bit too much. 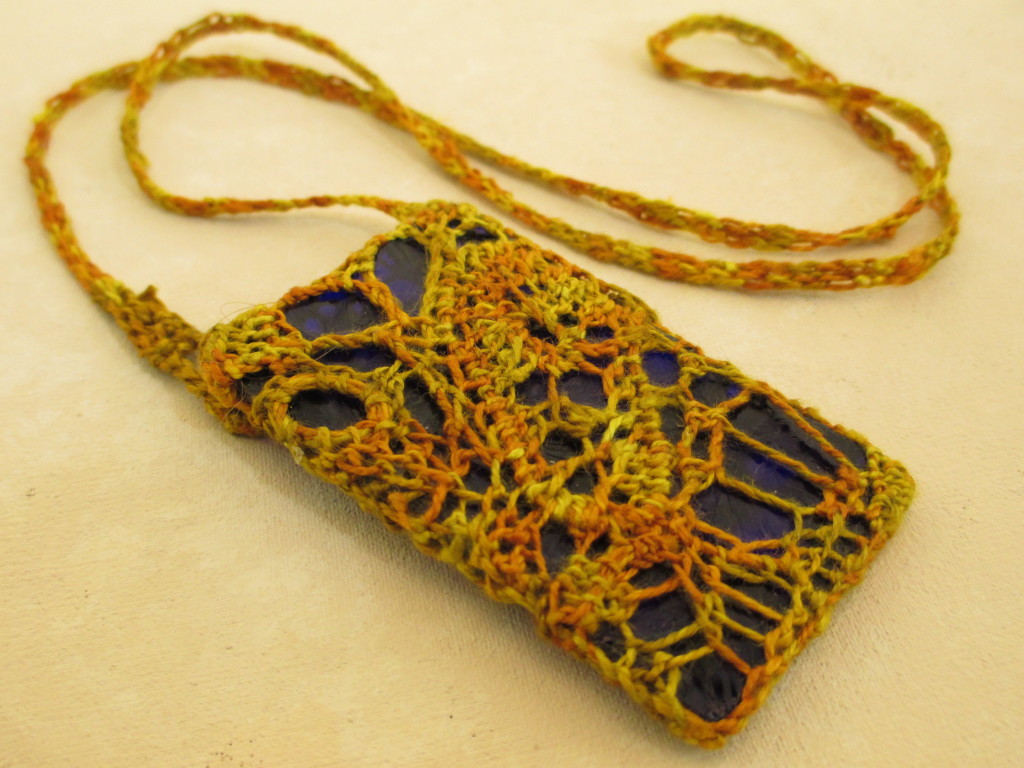 Right now,  I should be single-mindedly focused on finishing the videos and digital handouts for the new Freeform Looping online course I’ve promised to launch by February 11.  That’s in pretty good shape. But before making a planned trip to visit with my folks, who don’t have internet access, we moved up the planned purchase of an Android tablet. That will make it easier for me to work while traveling, but I had to learn to use it before we left. Might have been a little distracted and app-happier than necessary for a day or so.

A snow day that canceled flights out of Green Bay gave me an extra day to work, which was good. Then when we got back: 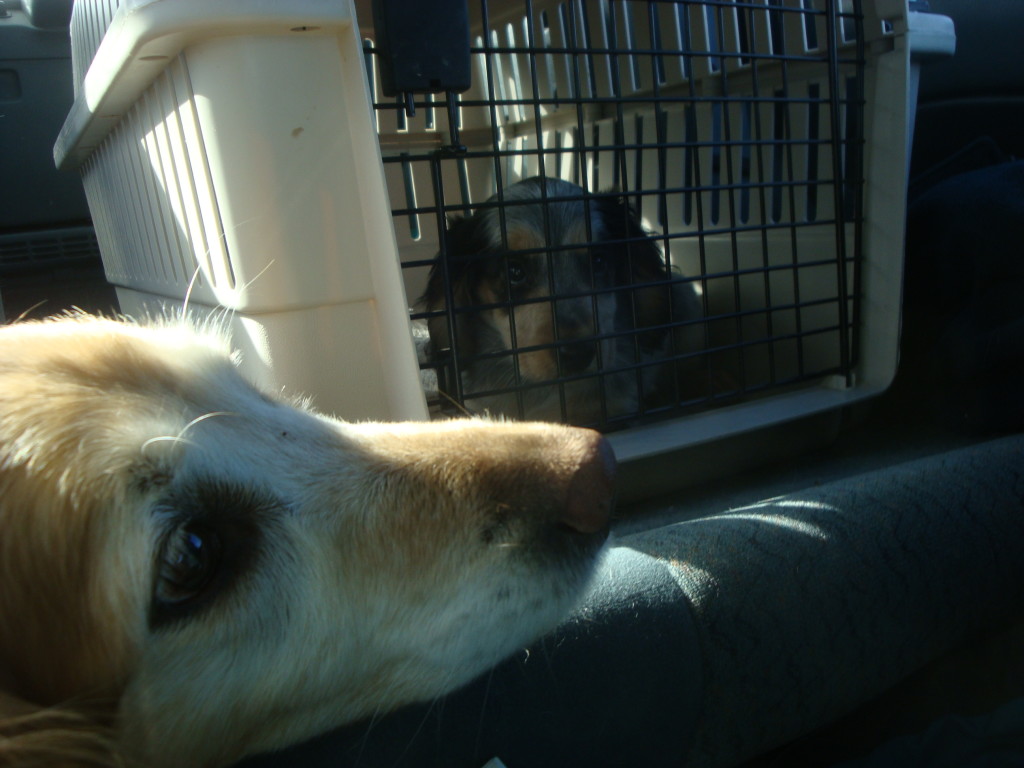 We’ve been looking for a puppy for a couple of years, and finally found just the one. She came home with us last Thursday, at 11 weeks old. Scout (the old dog) is getting used to Blue (the puppy). 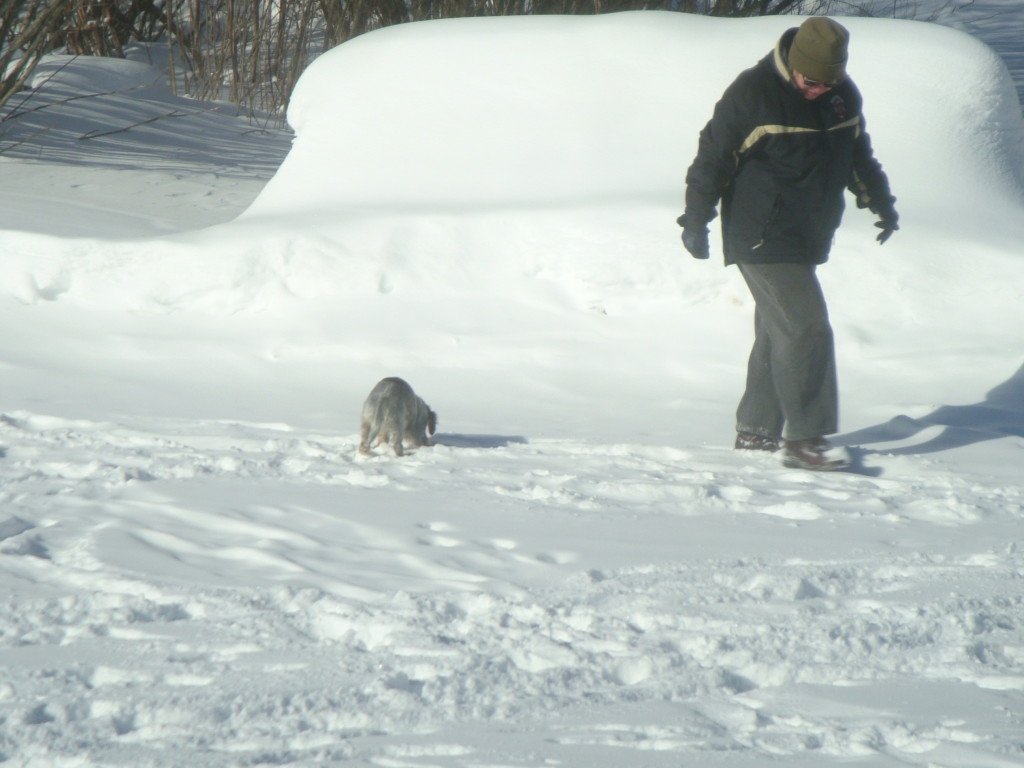 We’re potty training in sub-zero temperatures, and she’s doing amazingly well. We’re learning her signals for when she has to do her business, and mostly getting her outside sooner rather than later. And she’s learning to get down to business quickly because the snow underfoot is cold.

Because of the cold, there’s a propane shortage in Wisconsin. So this afternoon we’re moving everything that can freeze out of my studio and shutting that building down until it warms up. We can heat the house with the wood stove if necessary, but then it gets pretty cold in the basement video studio. So I may be back to editing video upstairs. 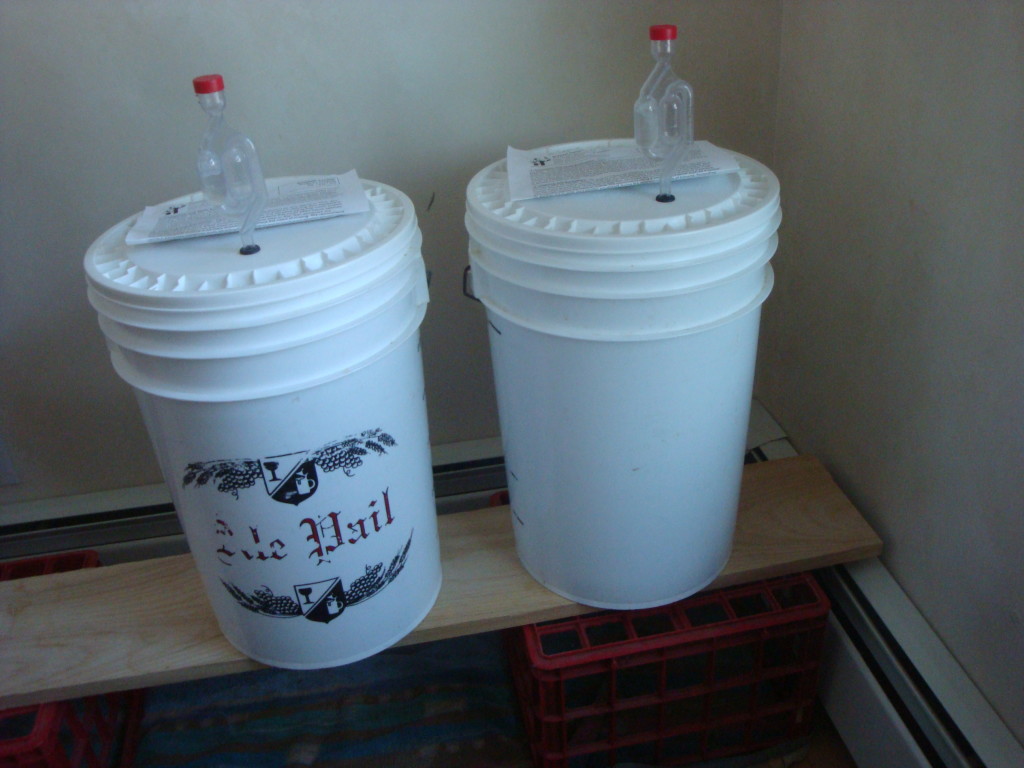 If so, I need to finish the last of the audio dubs downstairs. Bill started some homebrew last night and they’re really active today. I had to redub some audio last year when I realized I could hear that in the background. The bubbles rising in the airlocks sound like a dozen dripping faucets.

Which reminds me, Blue and I both should probably both go potty. Now!