It’s the first day after Labor Day, a time when kids are expected to stand up and read essays about what they did on their summer vacation. I’ll stay seated, if you don’t mind, but here’s how I spent the 12 days since my last post:

While we were busy celebrating the long holiday weekend and the change of seasons, Spoonflower was busy printing and shipping my digital fabric order. I ordered swatches in a hurry on the last day of my parents’ 10-day visit and was too busy to think about them again until they arrived in today’s mail.

Without really having a plan, I still came up with some stuff that will coordinate well enough to use together. 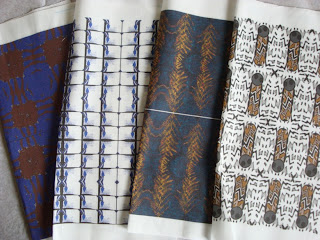 I ordered in some black-and-white fabrics to color as needed with fabric paint. 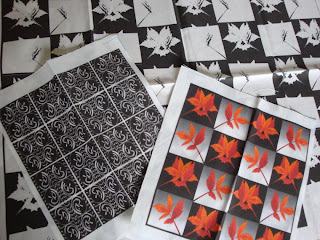 This is the first time I’ve had Spoonflower print on their organic cotton knit fabric, which is lovely. The design on this swatch was done entirely using the Picnik imaging utility. Sorry — I was working so fast I didn’t take notes on which “stickers” and effects I used. 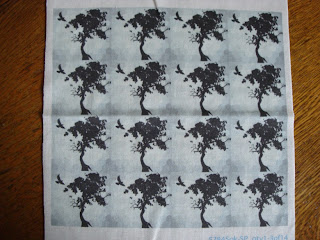 The rest of the designs came from work I did in the 6-week Gimp for Textile Designers class I took in July and August.

It’s been a great summer for learning as well as teaching, and my mind is a-swirl with possibilities. While I prep for upcoming classes at the Textile Center later this month and for The Gathering at Sievers in October, I have lots of ideas to incubate.

In fact, it’s time to get serious about hatching some ideas. I’ll share some of the process I use on my other blog, Compost and Creativity, which has been sorely neglected over the summer. Maybe a little neglect isn’t such a terrible thing, when it feels so good to pick up where you left off.

4 thoughts on “Swatch This Again”