Last week when I wrote this, I was feeling pretty light on my feet. When I hit the ground, it wasn’t pretty.

The cough and laryngitis I tracked home from a teaching gig the first of August came back with a vengeance. This time it went straight to pleurisy and bronchitis. In the battle between the codeine cough syrup coma vs. the anti-inflammatory steroidal insomnia, I call it a draw. The conflict in my head was even more heated than the one in my chest, but turned out to be easier to resolve. 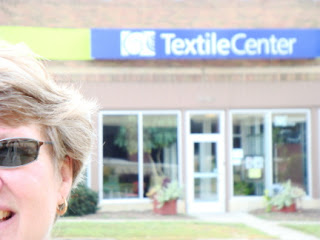 I called the Textile Center yesterday. They were sweet, supportive and flexible, and they are rescheduling my classes for March 18 and March 19-20. My sincere apologies to those who registered for the classes for the change in plans. I do hope to see you in March!

One other time, I had to cancel a teaching gig on short notice. That was when my mother-in-law passed away. I know it inconvenienced people. But I knew they understood.

Back to that conflict in my head. In the battle between the Work Ethic of the Self Employed (WESE — pronounced wheeze) vs. Flexible Thinker (FT — pronounced phhhtt), I’ll let you guess who usually wins. It’s hard to hear FT over WESE, and I’d much rather be flexible on someone else’s behalf than make them scramble on mine. But sometimes the revision of a plan leads to Re-Vision of a different kind. Today, I’m trying to see myself as both “hard-working and dependable” and “realistic and flexible.”

2 thoughts on “Re: Schedule, Re: Vision”